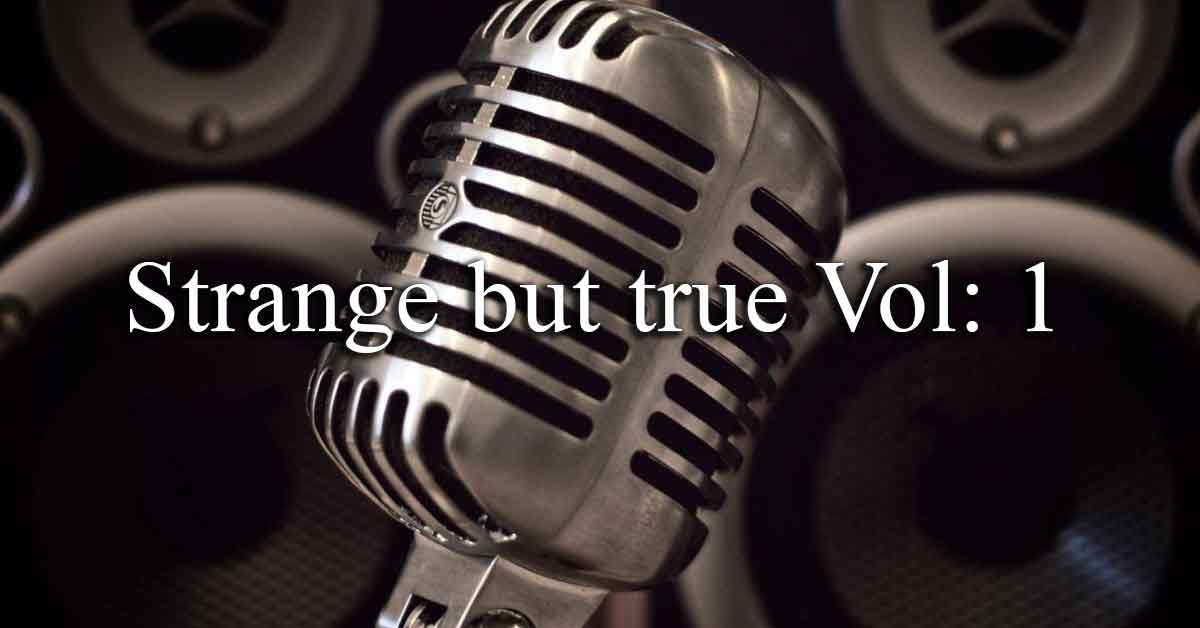 Behold the strange but true stories from the road. In this archive we dig in to the archives and look into some of the most amazing fun facts about life, love and rock and roll!

This weeks – Strange But True Vol: 1

Born in the U.S.A. became the first compact disc manufactured in the United States for commercial release when CBS and Sony opened its CD manufacturing plant in Terre Haute, Indiana in September 1984. Columbia Records’ CDs previously had been imported from Japan.

Paul McCartney admitted the “you” in the song Got to Get You Into My Life was marijuana.

‘Got To Get You Into My Life’ was one I wrote when I had first been introduced to pot. I’d been a rather straight working-class lad but when we started to get into pot it seemed to me to be quite uplifting… I didn’t have a hard time with it and to me it was mind-expanding, literally mind-expanding.

So ‘Got To Get You Into My Life’ is really a song about that, it’s not to a person, it’s actually about pot. It’s saying, I’m going to do this. This is not a bad idea. So it’s actually an ode to pot, like someone else might write an ode to chocolate or a good claret.

Sometimes The brightest light might be uplifting from the back of the stage.

The Eagles were originally the backup band for the singer Linda Ronstadt.

Elvis recorded over 600 songs with a total of zero full writing credits. The King does, however, appear as a co-writer on many tracks, though even that’s hazy. Elvis’ record company regularly made writers give up 50% of the credit before Elvis would agree to perform the song. Because of this fine print, the star performer could be listed as a writer in the album lining…even if he didn’t do much writing at all.

Pink Floyd’s “Shine On You Crazy Diamond” is dedicated to the band’s former leader Syd Barret. Syd used to be the leader…until his schizophrenia and the LSD started to catch up with him, and he became rather insane.

The band called David Gilmour, who had given Syd guitar lessons during high shool, and would cover for Syd during concerts, correcting his mistakes and filling in when he started playing along to a different tune.

Syd eventually got more and more distanced of the band and David got to be the lead guitarist, but lots of the insanity themes they sing about is related to their former bandmate.