Welcome to The Dirty Dozen!

This week we Showcase a British rock band has scored 19 Billboard Hot 100 hits (with 11 in the top 20) and 29 on Billboard’s Mainstream Rock chart, but this is the quintet that this year celebrated the 33rd anniversary of Hysteria, the behemoth that sold 25 million copies worldwide (per various sources) and featured seven of those Hot 100 scores. What shouldn’t be forgotten in the, era, hysteria surrounding those milestones is that Def Leppard were already superstars! 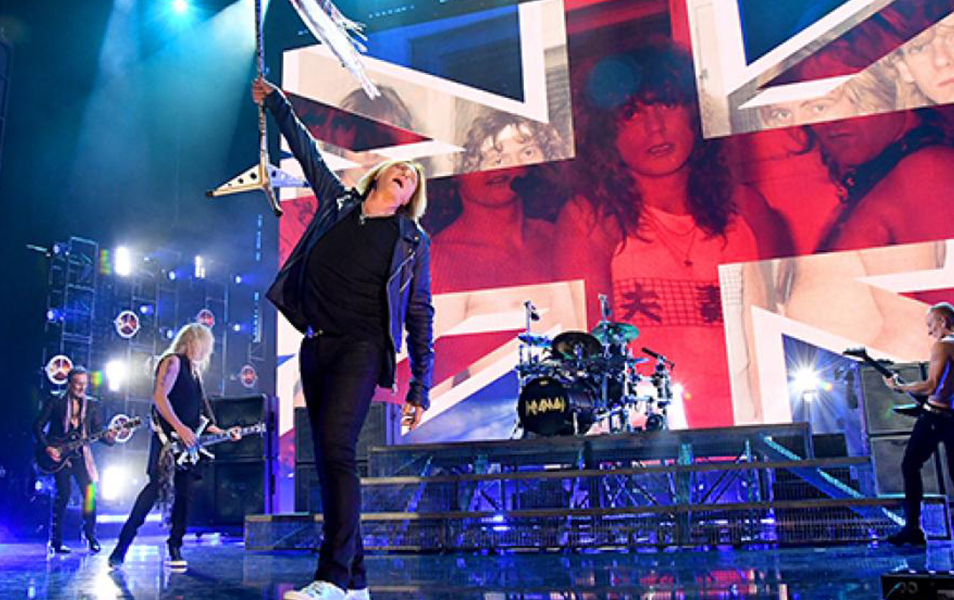 1983’s Pyromania (selling 10 million copies in the States alone). The two albums are a yin/yang of sorts: By third studio project Pyromania, the band had refined its classic-rock influences into its own sound, and follow-up Hysteria further transformed that style with heavily multitracked production and accessible pop flair.

Sadly Def Leppard has seen more than its share of troubles as well, weathering a storm and embracing such misfortunes as drummer Rick Allen losing his arm in an auto accident, the death of guitarist Steve Clark and current guitarist Vivian Campbell’s cancer battle. But through it all, the group has kept touring and recording.

Here is the Def Leppard Edition of The Dirty Dozen.

I Know …I know… when you think Let it go, you see girls named Elsa, a talking snowman and a sing along. Right?  Like the title says, Def Leppard’s “let it go”,  lets it rip on this song from 1981’s High ’n’ Dry with AC/DC-style power chords and a wailing, Led Zeppelin-esque outro. (Honorable mention: “Ring of Fire” from 1993’s Retro Active for its similar hell-raising aural pyrotechnics.)

Def Leppard brings gently spiraling guitars and plaintive melody and melodic vocals from Joe Elliottt. Blood Runs Cold is from 1996’s Slang and is heartbreaking magic all its own.

Too Late for Love

A cappella intro to Rick Savage’s baseline, Phil Collen and Clark’s striking guitars. Off of Pyromania, this hit is dramatic in all the right ways.

Did you know that Def Leppard did covers? Check out this cover of Personal Jesus.

Photograph is one of the quintet’s most passionate and best-performed songs. The classic first Riff of the No. 12-peaking “Photograph” is one of the most recognized in the history of Rock.

A dedication on 1992’s Adrenalize memorializes Steve Clark, who died in 1991. Ironically, he helped write his own eulogy, having contributing songwriting to the piece before taking a leave from the band due to the alcoholism that, sadly, later claimed him.

The first cut off the album Songs From the Sparkle Lounge, Kicks off with a compelling lead hook and an incredible rhythm section.

Another of Pyromania’s MTV-propelled hits., its “Fuh-fuh-fuh-foolin’ ” chorus and stuttering riffs. It hit No. 28 on the Hot 100, the third track from Pyromania to crack the chart.

The namesake cut from Hysteria is a midtempo love song that hums with driving guitar. The hopeful romanticism of “Hysteria” is the polar opposite of the album’s “Love Bites,” the brooding, electro-tinged ballad that gave the band its sole Hot 100 No. 1 hit. “Hysteria” reached No. 10.

Pyromania’s No. 16 hit remains Def Leppard’s clarion call to “Rise up/Gather ’round/Rock this place to the ground.” Despite containing few guitars in the beat-heavy verses (a composition similar to “Pour Some Sugar on Me”), it nonetheless does just that, reserving the real juice for when Collen takes the limelight with a blistering solo.

“Love Bites,” the brooding, electro-tinged ballad that gave the band its sole Hot 100 No. 1 hit.

Pour some Sugar On Me

It’s big, loud, arena rock. The best-selling Def Leppard song, per Nielsen Music. It is one of the most requested songs of all time. It also made it to No. 2 on the Hot 100. 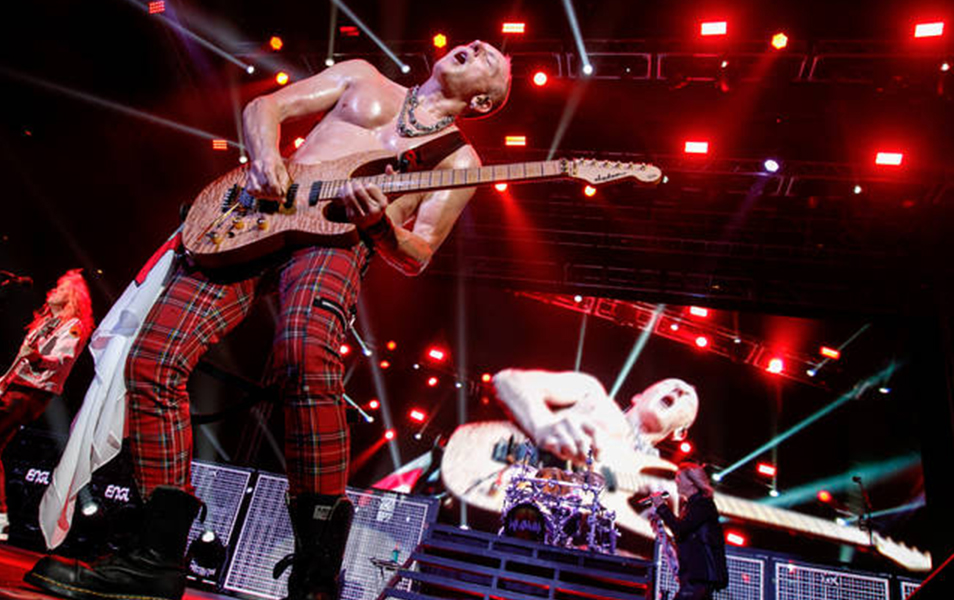 Bringin on the Heartbreak