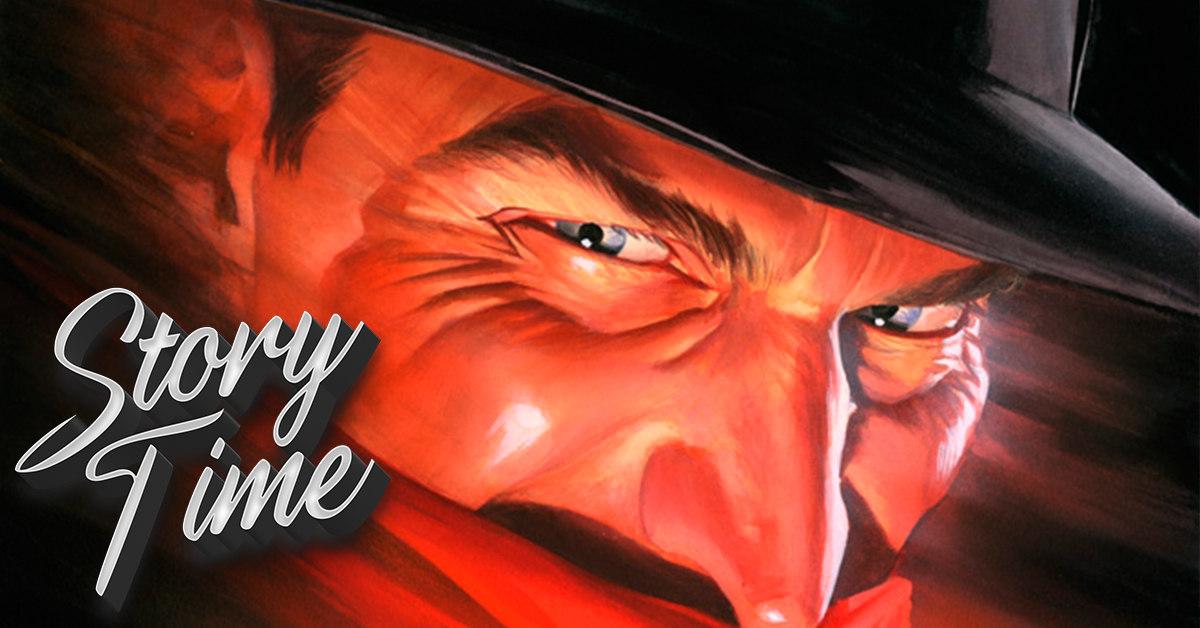 Who knows what evil lurks in the hearts of men…

“The Shadow” – One of the most popular radio shows in history. The show went on the air in August of 1930.

“Who knows what evil lurks in the hearts of men? The Shadow knows!” The opening lines of the “Detective Story” program captivated listeners and are instantly recognizable even today. Originally the narrator of the series of macabre tales, the eerie voice known as

The Shadow became so popular to listeners that “Detective Story” was soon renamed “The Shadow,” and the narrator became the star of the old-time mystery radio series, which ran until 1954.

A figure never seen, only heard, the Shadow was an invincible crime fighter. He possessed many gifts which enabled him to overcome any enemy. Besides his tremendous strength, he could defy gravity, speak any language, unravel any code, and become invisible with his famous ability to “cloud men’s minds.”

Along with his team of operatives, the Shadow battled adversaries with chilling names like The Black Master, Kings of Crime, The Five Chameleons, and, of course, The Red Menace.

The Shadow’s exploits were also avidly followed by readers in The Shadow magazine, which began in 1931 following the huge success of the old-time mystery radio program.

The magazine was published by Street & Smith, who had also sponsored the old-time mystery radio program. Over the course of 18 years, Street & Smith published 325 issues of The Shadow, each one containing a novel about the sinister crime fighter. These stories were written by Maxwell Grant, a fictional name created by the publishing company. Although several different people wrote under the pseudonym, Walter B. Gibson wrote most of the stories, 282 in all.

Most of the novels published have been reprinted in paperback and The Shadow adventures remain popular today, with Shadow comic books, magazines, toys, games, cds and cassettes of old-time radio shows, and books bringing top dollar among collectors the world over.

A man who’s looking for a job mistakenly becomes involved with a bank robbery. He is later sentenced to death for a cop killing he didn’t commit. The Shadow investigates and locates a missed piece of evidence, which helps free the wrongly accused man. Featuring the voice talents of: Orson Welles as The Shadow (Lamont Cranston) (1st radio origin)  and Agnes Moorehead as Margot Lane (1st appearance).

from Nov 28, 1937 by The Shadow Radio Serial. Released: 1937. Genre: Drama. Several bomb explosions are caused by a man who hates crowds. The police are unable to make any progress and the town becomes more scared. When Margot Lane claims that The Shadow can catch the criminal, Commissioner Weston scoffs at the idea and challenges The Shadow to try and uncover new evidence that the police may have overlooked.

The Temple Bells of Neban

from October 24, 1937 by The Shadow Radio Serial. Released: 1937. Genre: Drama.  The Shadow meets an exotic woman from his past. He soon discovers that she has been trained in the remote and mysterious area of India, the same place where he learned his power to control minds and make himself invisible.

Murder by the Dead

After the verdict is read at a criminal’s trial, a judge and D. A. are threatened by the condemned man. The convict is then hanged.  Later, the judge is murdered, as is the district attorney. The stakes are high when the jury foreman, who is next on the killer’s list, happens to be Margot Lane’s father. How is the dead man following through with his threat? Can he be stopped? The Shadow knows.