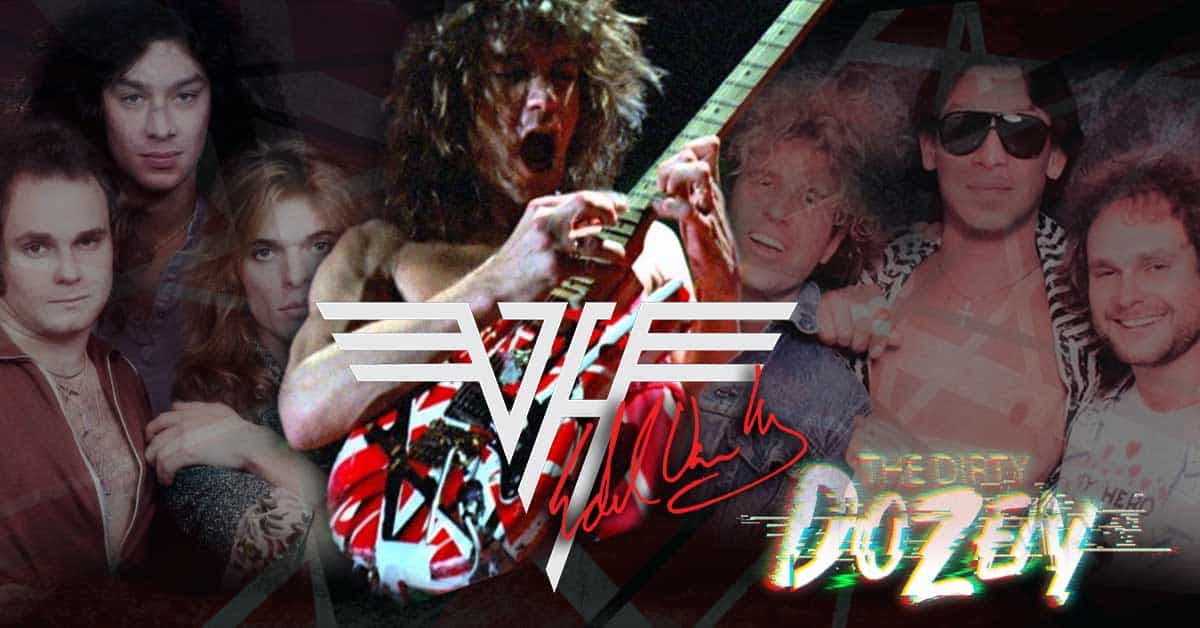 He was a songwriter, composer and epic guitarist of the American rock band Van Halen, which he co-founded in 1972 with his brother, drummer Alex Van Halen, bassist Mark Stone, and singer David Lee Roth.

He is and will always be regarded as one of the all-time legendary guitar players in rock history and was well known for popularizing the tapping guitar solo technique, allowing rapid arpeggios to be played with two hands on the fretboard.

Eddie and his brother Alex formed a band in 1972. Two years later, the band changed its name to “Van Halen” and, at the same time, became a staple of the Los Angeles music scene while playing at well-known clubs like the Whisky a Go Go. In 1977, Warner Records offered Van Halen a recording contract.

Upon its release, the band’s album Van Halen reached number 19 on the Billboard pop music charts, becoming one of rock’s most commercially successful debuts. It was highly regarded as both a heavy metal and hard rock album. By the early 1980s, Van Halen was one of the most successful rock acts of the time. The album 1984 went five-times Platinum a year after its release.

“Jump” was released in December 1983 as the lead single from their album 1984. It is Van Halen’s most successful single, reaching number 1 on the US Billboard Hot 100 and garnered them a Grammy nomination. The song differs from earlier Van Halen songs in that it is driven by a keyboard line. David Lee Roth dedicated the song to martial artist Benny “The Jet” Urquidez, of whom he was a student

Eddie Van Halen donated lots to non-prophets and charity organizations over the years including but not limited to  75 guitars from his personal collection to Mr. Holland’s Opus Foundation, a program that provides musical instruments to students in low-income schools.

The band won the 1992 Grammy Award for Best Hard Rock Performance with Vocals for the album For Unlawful Carnal Knowledge.

Jamie’s Cryin –  2007, Van Halen was inducted into the Rock and Roll Hall of Fame. Individually, Eddie received acclaim for his guitar work in the band

Eddie engaged in several projects outside of his Van Halen Legacy, including solo work and partnerships with his brother on film soundtracks (such as The Wild Life, Twister and others. He also had many musical collaborations with Kiss bassist Gene Simmons, Nicolette Larson, Michael Jackson, Brian May, Sammy Hagar, Black Sabbath, Roger Waters,] Toto guitarist Steve Lukather, and LL Cool J. In addition, Eddie made cameo appearances in the music video for Frank Sinatra’s “L.A. Is My Lady”, an episode of Café Americain starring his then wife Valerie Bertinelli, and an episode of Two and a Half Men.

The intro for “Top of the World” matches the outro for “Jump,” as does the emotional outlook. This is another track where Hagar’s fingerprints are particularly noticeable, both in mood and aesthetic.

4. Runnin With The Devil

– In 2019, the band ranked 20th on the RIAA list of best-selling artists with 56 million album sales in the United States and more than 80 million worldwide.

Eddie was also an inventor on three patents related to guitars: a folding prop to support a guitar in a flat position a tension-adjusting tailpiece and an ornamental design for a headstock

Eddie Van Halen was a consultant and also play guitar including the solo on Michael Jackson’s hit song “Beat It”.

Van Halen’s 1978 instrumental solo “Eruption”, which was voted number 2 in Guitar World’s readers poll of the “100 Greatest Guitar Solos”, showcased a solo technique called tapping, using both left and right hands on the guitar neck. Although he popularized tapping, he did not invent the technique, which had been used by flamenco guitarists for at least a century, as well as the likes of Western virtuosos like Paganini on both violin and guitar. According to MusicRadar, Steve Hackett – lead guitarist with Genesis in the 1970s – is “widely credited with inventing two-handed tapping” and was an influence on Van Halen. When asked about this, Hackett said, “Eddie and I have never spoken about it, but yes, he has credited me with tapping… Eddie is a fine player, of course, and he’s the one who named the technique