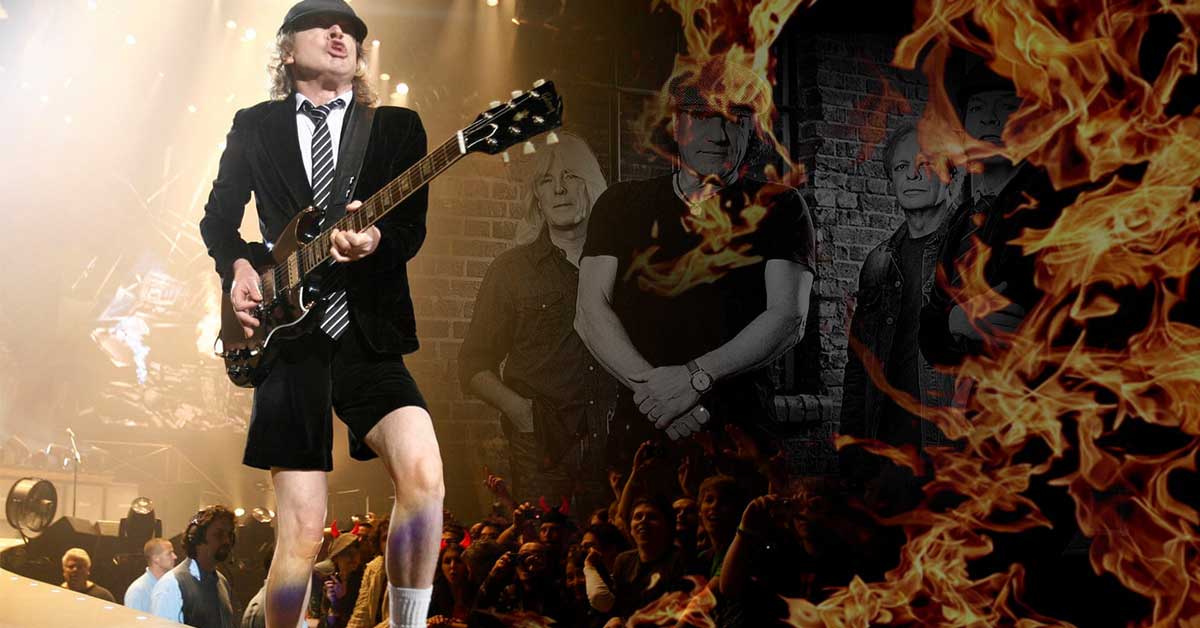 Since 1975, the Australian band have cranked out album after album full of scorched-earth, metallic hard rock which has rarely deviated from a template of headbanging-inducing guitar riffs, flashy drums and banshee-yell vocals.

In the process, AC/DC have carved out a niche somewhere between hard rock and heavy metal that’s been an inspiration to aspiring musicians—and given us crank-up-the-volume radio staples “Back In Black,” “Highway to Hell” and “You Shook Me All Night Long.”

In a 2014 Reddit AMA, AC/DC’s Angus Young described the time his guitar amplifier caught on fire while he was recording his the solo for 1977’s “Let There Be Rock.”

And on this album, ‘Rock or Bust,’ we had the same thing … my amp just went on fire. And I didn’t even know! I thought it was a cigarette going. But (producer Brendan  O’Brien) was shouting out, ‘Ang, you’re on fire!’