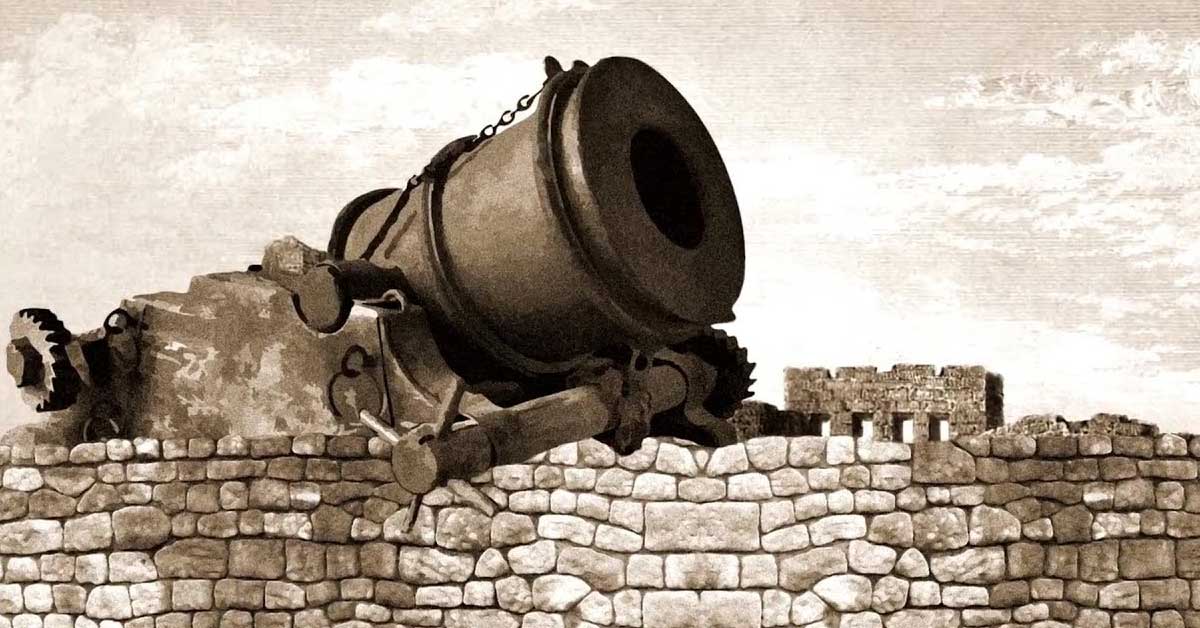 “Humpty Dumpty” is an egg right? However, historical evidence suggests that Humpty Dumpty was a cannon used by the Royalists during the English Civil War.

During a vicious battle in 1648, the cannon fell from a battlement and was unable to be recovered (i.e., put back together again).

Tellingly, the lyrics of the nursery rhyme never describe Humpty Dumpty as an egg either.

“Humpty Dumpty”—with its simplistic lyrics and surrealistic imagery— a classic among children throughout the world since 1870.

It’s not a complicated story: The titular Humpty Dumpty sits on a wall and falls off, spilling his innards while “all the king’s horses and all the king’s men” fail to put him back together again.

Interestingly, you’re probably picturing an egg as the main character, in spite of the fact that the lyrics don’t describe Humpty at all.

In the 1872 novel Through the Looking-Glass by Lewis Carroll which contained illustrations of Humpty Dumpty as an egg, a portrayal which continued throughout popular culture ever since.

So, what is Humpy Dumpty? if you believe several historians, Humpty Dumpty was actually the nickname of a cannon used during the English Civil War of 1642–1649. In 1648, the English city of Colchester was under the control of a group known as the Royalists, who wished for King Charles I to be able to rule the country without Parliament.

In order to fortify the city against attack from the Parliamentarians (the group who supported Parliament and wished to oust Charles I), they erected several large cannons on the walls surrounding the city.

On June 15, 1648, the cannon referred to as “Humpty Dumpty” was positioned on the walls. By this time, the Parliamentarians had surrounded and laid siege to the city, so Humpty was used to bombard the enemy and prevent a full-scale assault. However, on July 14 or 15, a Parliamentarian cannonball blew apart the wall underneath Humpty Dumpty.

This collapsed the fortification and sent Humpty Dumpty tumbling to the ground. Due to its size, none of the king’s horses and none of the king’s men were able to recover the cannon. On August 28, the city fell to the Parliamentarians, who eventually triumphed and toppled King Charles I in 1649, thus ending the war.