On Sept. 21, 1984, CBS opened up the first American compact disc pressing plant in Terre Haute, Ind. The first disc to come off the production line was Bruce Springsteen’s Born in the U.S.A., which had been released three months earlier.

Given the album’s title and the spotlight on the plight of the American worker contained in many of his songs, it made perfect sense that Springsteen’s album became the first American-made CD.

The format had been available for a couple of years by 1984, but they had previously only been manufactured in Japan and Germany. CBS’ plant — a collaboration with Sony, who had invented the compact disc with Philips — made it possible for CDs to gain a greater foothold in the U.S. market. Sony purchased Columbia Records, Springsteen’s label and a subsidiary of CBS, in 1988. 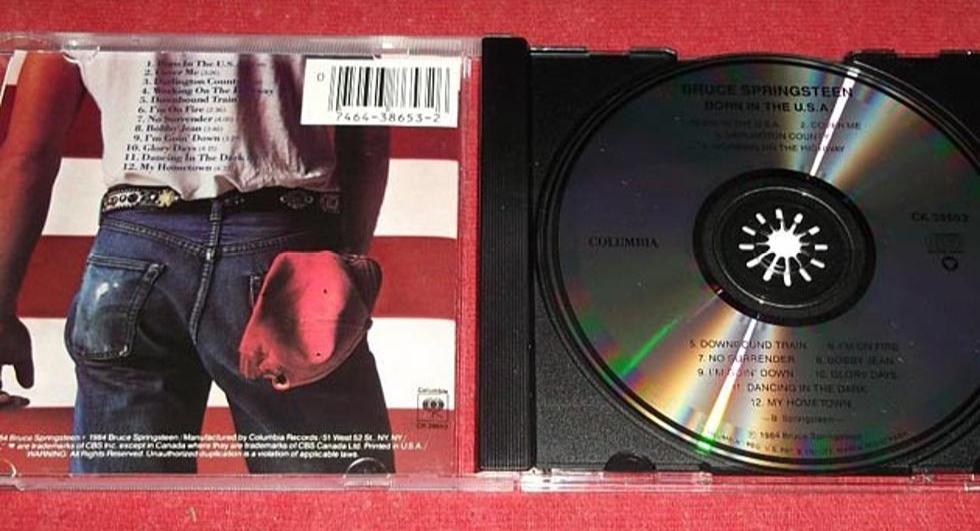 One website dedicated to Springsteen collectibles notes that those CDs pressed on that first day were given away to those who attended the plant’s grand opening ceremony.

They can be distinguished by a commemorative sticker on the jewel case and unique red lettering on the disc. The matrix number imprinted on the inner rim of the disc reds “DIDP-20095.”