Billy Idol in his own words… 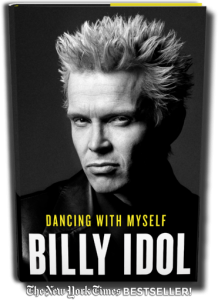 ” I am hopelessly divided between the dark and the good, the rebel and the saint, the sex maniac and the monk, the poet and the priest, the demagogue and the populist. I feel the pull of emotions when these characters appear in my actions. I can justify all of it to myself, but inside, where it really matters, the fullness and the void struggle to assert one another… this schism has enabled a birth of musical notes that fly on the wind, blaring in my mind.”

Billy Idol spent three weeks hosting raucous parties in his Oriental Hotel penthouse in 1989. The “Rebel Yell” rocker was charged $149,000 by the Thailand establishment for room fees and damages. Idol ignored hotel management and refused to vacate the room. Idol had to be forcibly removed by the military, being carried out on a stretcher by Thai soldiers after being shot with a tranquilizer dart. yep you read that right…the Military had to shoot him with tranquilizer darts and forcibly remove him. Could you imagine if social media was as big as it is now back then. Wow!

I wish we had pics of what it looked like then but…to give you an idea of what the hotel room looks like now. Here are a couple snaps of the Bedroom and the living room. 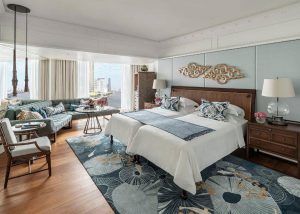 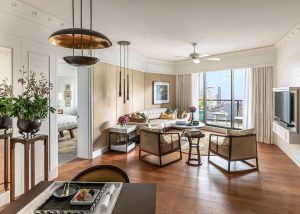