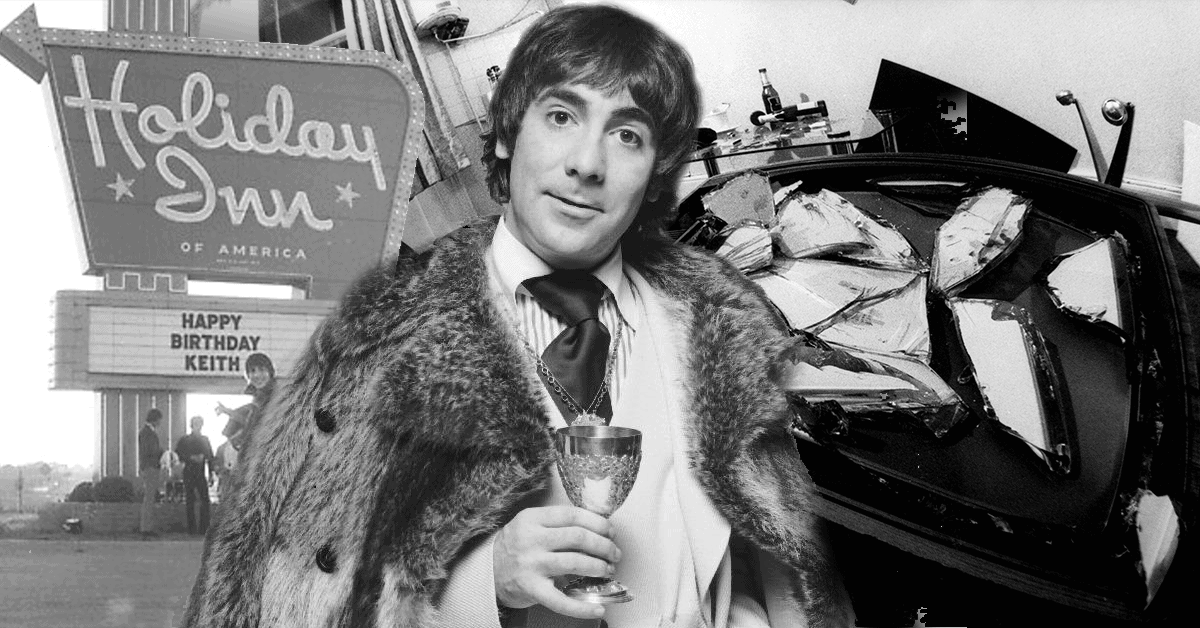 The Who’s Keith Moon was an amazing performer that was known not only for his stage antics but his partying lifestyle. Keith Moon gained Rock n Roll’s most notorious title during what could be rock ‘n’ roll’s craziest 21st birthday party!

Keith Moon, recounted what he could remember of the night’s bacchanalia at a Holiday Inn in Flint, Michigan, in a 1972 Rolling Stone interview.

“By the time the sheriff came in I was standing there in (my) underpants,” he recalled.” I ran out, jumped into the first car I came to, which was a brand new Lincoln Continental. It was parked on a slight hill and when I took the handbrake off, it started to roll and it smashed straight through this pool surround [fence] and the whole Lincoln Continental went into the (Holiday) Inn swimming pool, with me in it. We’d also destroyed a piano, Completely destroyed it. Reduced it to kindling. And don’t forget the carpet. And the Lincoln Continental in the bottom of the pool. So…I got a bill for $24,000.”